Taking a point from Mark over at Mark’s Daily Apple, I decided to try my hand at making my own naturally fermented pickles.  I tried the recipe he mentioned but then also tried to take my own spin on it.  Here’s my recipe:

I added in the garlic, peppercorns, red pepper flakes, jalapeño stuffed olives, and dill into the jar.  Then I added in the pickles and salt water.  Definitely put at least halved pieces of the cucumber above the whole cucumbers you put in, as it keeps them all submerged in the brine.
After 5 days, the brine got quite cloudy, so I decided to finally give them a shot.  The standard recipe actually seemed to spoil or something–they were violently salty and not so exciting.  My spin was nice and spicy without being too extreme.  Also, it still had a great crunch.  They’ll only keep for a week at most, so I look forward to eating them pretty constantly for the next few days. 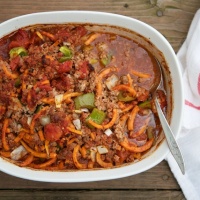 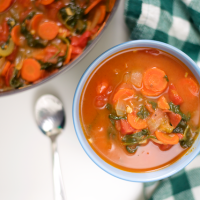 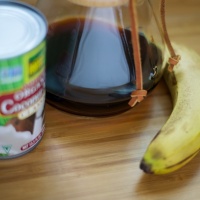