The following is a guest post we did about a week ago for Nom Nom Paleo.  Michelle, who maintains the blog with her family, is a cooking/blogging sensation and are one of the handful of places we first turned to when trying to figure out how to “be paleo” [more gushing below].  Be sure to check out her regular posts and giveaways, as well as download her iPad app–it’s beautiful, full of great content, and worth buying an iPad (or iPad mini) for if you don’t already have one.

Once upon a time, when Heather and I first started our own documented cooking adventures, we were pretty lost.  Still in the initial sticker shock/grief period of, “but what can I eat,” we spent a lot of time scanning the internet looking for “paleo-friendly” recipes and meal ideas.  Michelle’s blog was one of the first I came across, as I was a pretty intense tumblr addict.  Once I moved to Virginia and was juggling two jobs, tumblr went away, but nomnom stayed.  I later found out the connection between fitbomb and nom nom paleo, and I was excited to see a pair that really thought about fitness and health when it comes to movement and diet.  Plus, there’s the added benefit of following the family adventures since I’m not quite ready to enlist my own little army of helpers.

END_OF_DOCUMENT_TOKEN_TO_BE_REPLACED 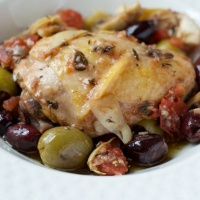 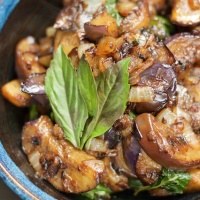